New Delhi. A picture of Mahendra Singh Dhoni’s daughter Ziva (Ziva Cute Photo) praying for her father’s victory went viral on social media, which fans are very much liked. This picture is from Delhi Capitals and Chennai Super Kings in IPL 2021 (CSK vs DC). Dhoni’s wife Sakshi and daughter Jeeva were also in the stadium to watch this match. Delhi needed 28 runs to win in the last 3 overs of the match. Delhi had lost 6 wickets. The excitement of the match was increasing. During this, a picture of Jeeva came out, in which both her hands were connected and her eyes were closed.

Perhaps, she was praying for the victory of Papa Dhoni’s team. But, this prayer of Jeeva was not accepted. Because Dhoni’s team lost this match by 3 wickets. But Jiva’s innocence won everyone’s heart and cricket fans could not stop themselves from sharing this lovely picture on social media. 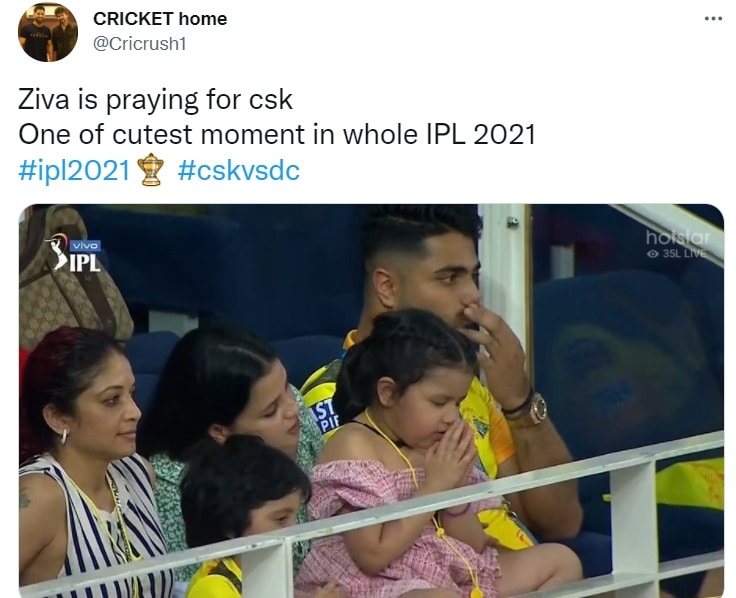 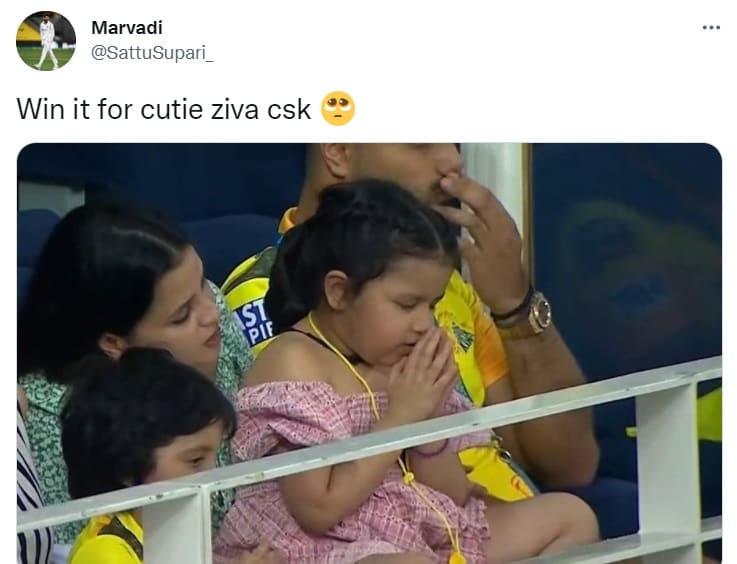 Delhi beat Chennai by 3 wickets
If we talk about the match, then batting first, Chennai scored 136 runs for the loss of 5 wickets in 20 overs. Chasing this target, Delhi started well. The opening pair of Prithvi Shaw and Shikhar Dhawan added 24 runs for the first wicket. On this score, Shaw got out after scoring 18 runs. After this Shreyas Iyer also returned to the pavilion after scoring 2 runs. Dhawan remained frozen at one end, but Delhi’s wickets kept falling from the other end. Half the team returned to the pavilion for 98 runs.

150 km from Umran. The secret of hourly bowling is the tennis ball, know why you did not get more chances

As soon as Dhawan (39) was dismissed for 99 runs, Delhi was in danger of defeat. However, Shimron Hetmyer batted with a cool mind and played an unbeaten 28 runs to give Delhi Capitals victory with two balls to spare.