New Delhi. Former Indian opener Gautam Gambhir has once again come under the scanner for allegedly taking a jibe at Mahendra Singh Dhoni. Cricketer-turned-politician Gambhir often speaks his heart openly and he does not shy away from making controversial statements. However, Gambhir has just now questioned Dhoni’s batting ability, calling him a ‘so-called finisher’ in gestures.

This incident happened recently during the match between Kolkata Knight Riders and Punjab Kings in Dubai. Gambhir was doing commentary in this match. When he was asked a question about the role of finisher in today’s cricket, he called Virat Kohli the best finisher. Gambhir said that RCB captain Kohli’s figures are better than those of the ‘so-called finisher’.

Gambhir called Kohli the best finisher
He said on Star Sports that Andre Russell is called a finisher. But in my view Virat Kohli has been the best finisher in the last few years and he bats at No.3. That’s why just saying ‘finisher’ does not make one a finisher. Compared to the ‘so-called finishers’, Virat Kohli is much better. However, while saying this, he did not take Dhoni’s name. But it took a long time for the fans to understand that their gesture was towards Dhoni. That’s all, then the fans started scolding the former batsman on Twitter. Because everyone knows that Dhoni is considered the best finisher in the world.

Just wondering, who is the ‘so called finisher’ he is referring to? #IPL2021 #KKRvPBKS #PBKSvsKKR pic.twitter.com/50l7U9VxcB 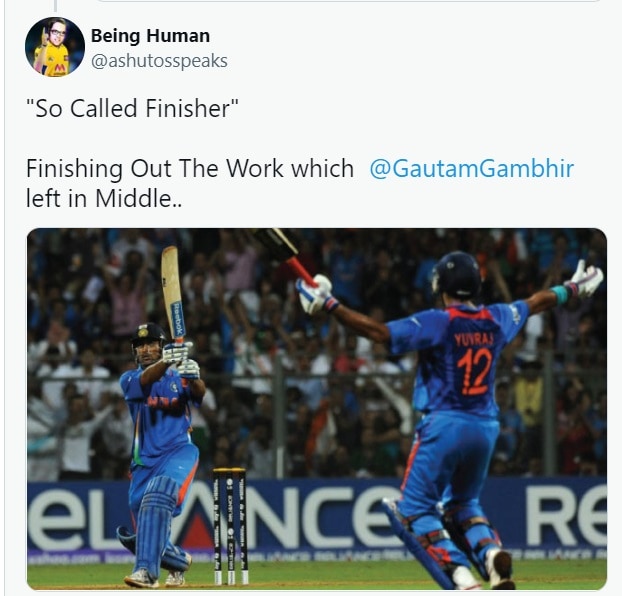 Dhoni scored only 66 runs in 11 matches
Apart from international cricket, Dhoni has also proved this on many occasions in IPL. However, his bat has remained silent in this IPL. He has scored only 66 runs in 11 matches. During this his strike rate was 110. Which will not be considered according to Dhoni’s stature. That’s why the fans feel that Gambhir has targeted Dhoni in gestures and gestures.

A fan said on this statement of Gambhir that when Gambhir has to do evil to Dhoni, then he praises Kohli and when he has to do evil to Kohli, he starts making up ballads in Rohit’s pride. I request them not to bring dirty politics into the gentlemen’s game. One user wrote that Dhoni and Gambhir are the new Amitabh Bachchan and Rekha. Apart from this, many Twitter users criticized Gambhir. 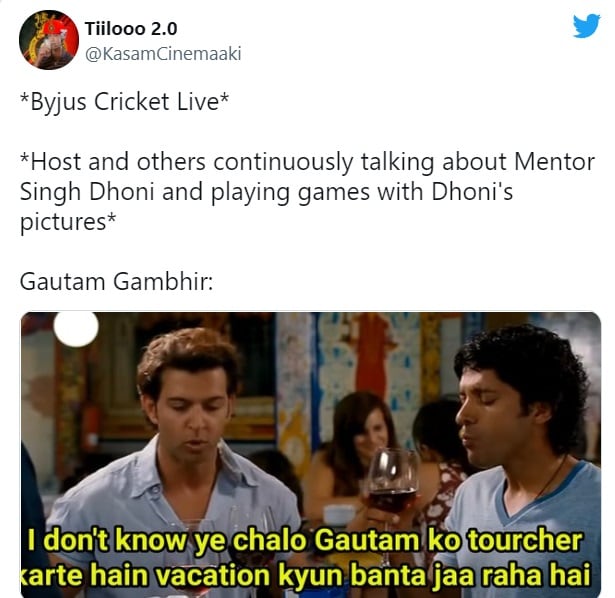