Girl Proposes MS Dhoni in the Presence Sakshi Dhoni In Stadium Stands in Pune, IPL 2018 Match | In the presence of Sakshi, the girl publicly proposed to MS Dhoni, said something like this

New Delhi: MS Dhoni, the current captain of Chennai Super Kings, may have taken retirement from international cricket, but the craze for him among the fans has not diminished. People from all over the world including India have showered love on Mahi. The reason for this is not only the immense success of Dhoni, but his nature is also liked by the people.

The female fan following of ‘Captain Cool’ Mahendra Singh Dhoni is also very high. Living proof of this is often seen. Something similar happened during IPL 2018, when a girl openly told her heart about Mahi.

Proposed in the presence of Sakshi

During IPL 2018 when the match of Chennai Super Kings was going on, when MS Dhoni’s wife Sakshi Singh Dhoni was also present in the stadium. Despite this, Mahi’s female fan could not stop herself from Izhar-e-Ishq. 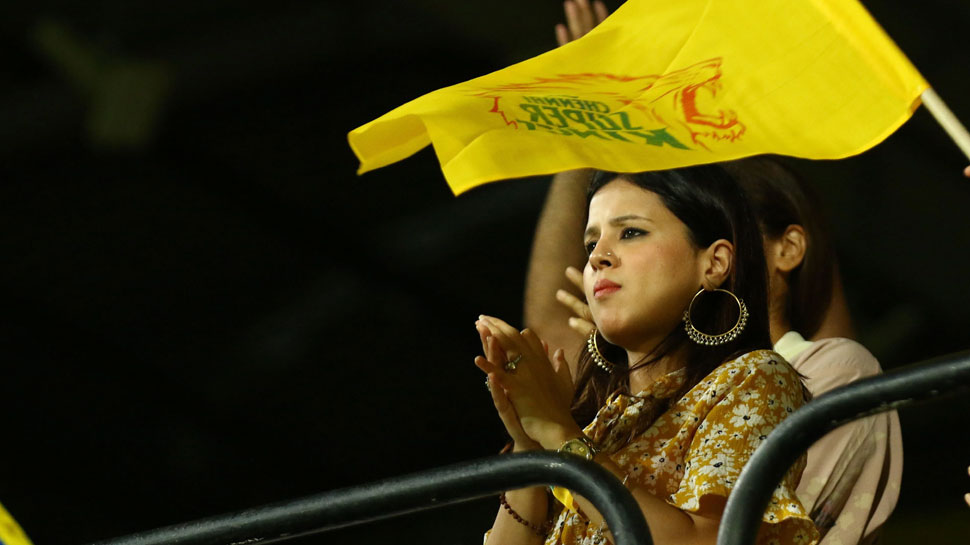 During this match between Chennai Super Kings and Rajasthan Royals, an unknown girl showed a placard on which it was written, ‘Excuse me my future partner, but MS Dhoni will always be my first love. I love you Mahi.

Dhoni won both the match and the heart

The picture of this female fan of MS Dhoni became increasingly viral on social media. Even the ICC could not stop itself from sharing this ‘love affair’. Fans on Twitter gave a lot of reactions to this picture. Let’s have a look at some selected comments.

She is True Lover…