Kanpur. Team India is playing the first Test under the captaincy of Ajinkya Rahane. Against New Zealand, Rahane won the toss and decided to bat. Till the time of writing the news, the Indian team has scored 200 runs for 4 wickets. However, Rahane could not play a big innings after a good start. He was bowled by Kyle Jamieson after scoring 35 runs. However, a strange incident happened during the match. He got out twice in 2 balls. Before the Test series, the team had won a big 3-0 in the T20 series.

50th over of Indian innings Kyle Jamieson were putting. On the first ball, Ajinkya Rahane was declared out behind the wicket by the umpire. Rahane after getting out DRS took it. It was clearly visible in the replays that the ball had hit Rahane’s Thai pad. The third umpire declared him not out. But he got bowled on the next ball. He put the bat on the ball going out of the off-stump. The ball hit the wicket after hitting the bat. 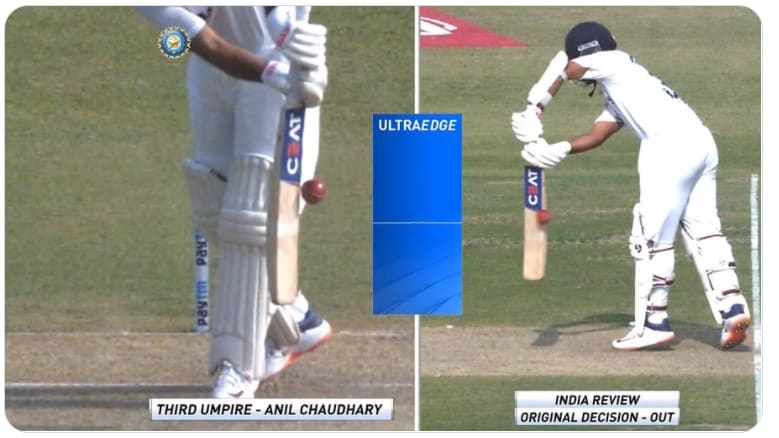 Rahane was given not out by the third umpire.

Kyle Jameson has taken 3 wickets out of 4 for India so far. Apart from Ajinkya Rahane Shubman Gill And Mayank Agarwal Wicket hit. Gill scored 52 while Mayank could only score 13 runs. landed at number 3 Cheteshwar Pujara Failed to play a big innings once again. He was dismissed by Tim Southee after scoring 26 runs. Then Rahane got bowled.

Also read: IND vs NZ: Average at home is better than Rohit, Kohli and Rahul, still the place is not confirmed, only 3 chances left

Team India after New Zealand series South Africa (India vs South Africa) Have to go to the door. In such a situation, this series is important for Ajinkya Rahane and Cheteshwar Pujara. Both the batsmen have had poor form. Former cricketer Aakash Chopra said that if Rahane was not the captain, his place in the playing 11 would have been difficult. Shreyas Iyer Has made his Test debut. He has shown good hands so far and is playing with half-centuries.