New Delhi. Indian bowler Yuzvendra Chahal Whether in the playing XI or not, their entertainment is guaranteed. Chahal is back in the squad for the three-match T20I series against New Zealand and has already shown his funny side. India and New Zealand (Ind vs NZ) Before the second T20 match played between Martin Guptill Shared a video of one of his conversations with him on Instagram Story.

He teased Guptill over an incident that went viral last year. From the video that Chahal has shared, he is telling Guptill what you told me in New Zealand. On hearing this question of Chahal, Guptill got flustered and replied that I said how to be a friend. Guptill said that he did not remember exactly about that incident. 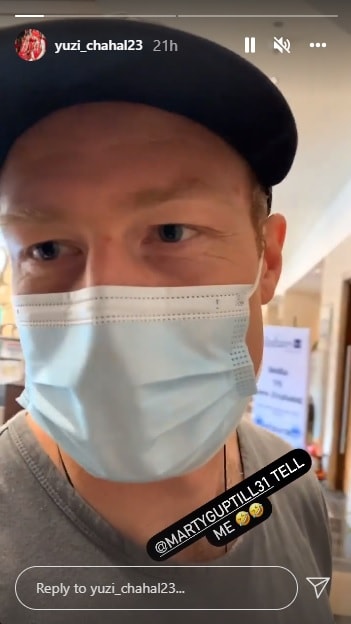 Actually Chahal was asking Guptill about the incident which went viral during India’s tour of New Zealand last year. Guptill after the T20 match on that tour was over. Rohit Sharma (Rohit Sharma) when Chahal came in the middle. Guptill abused Chahal in Hindi. Actually he was not aware that it was being broadcast live. The video of this incident had gone viral on social media. Hearing Guptill’s Hindi abuse, Rohit Sharma also started laughing holding his stomach.

IND vs NZ: Sourav Ganguly will announce the start of third T20 match, international match will be held at Eden Gardens after 2 years

IND vs NZ: Rohit Sharma told how bench strength creates pressure on players from outside

This video of Chahal is also being liked a lot. However, in this series against New Zealand, Chahal has not yet got a chance in the playing XI. In the first two matches, India played with two spinners. Along with experienced R Ashwin, all-rounder Axar Patel got a chance in both the initial T20 matches. At the same time, Guptill scored 70 runs in the first T20 match, while in the second T20 match, he became the batsman to score the most international runs in T20 cricket. Guptill in this case Virat Kohli left behind.