New Delhi. IPL 2021 is considered important for the preparation of the T20 World Cup. 58 out of 60 matches of T20 league are over. That is, the tournament is nearing its end. 10 players of the 15-man team selected for the World Cup (T20 World Cup 2021) have been out of the league. If the performance of 6 of these players was worse than the previous season, then only 4 can be considered good. Captain Virat Kohli also could not perform as expected. However, Rohit Sharma has been able to perform well since last year. The matches of the World Cup are starting from October 17. Let’s know about the performance of these players. 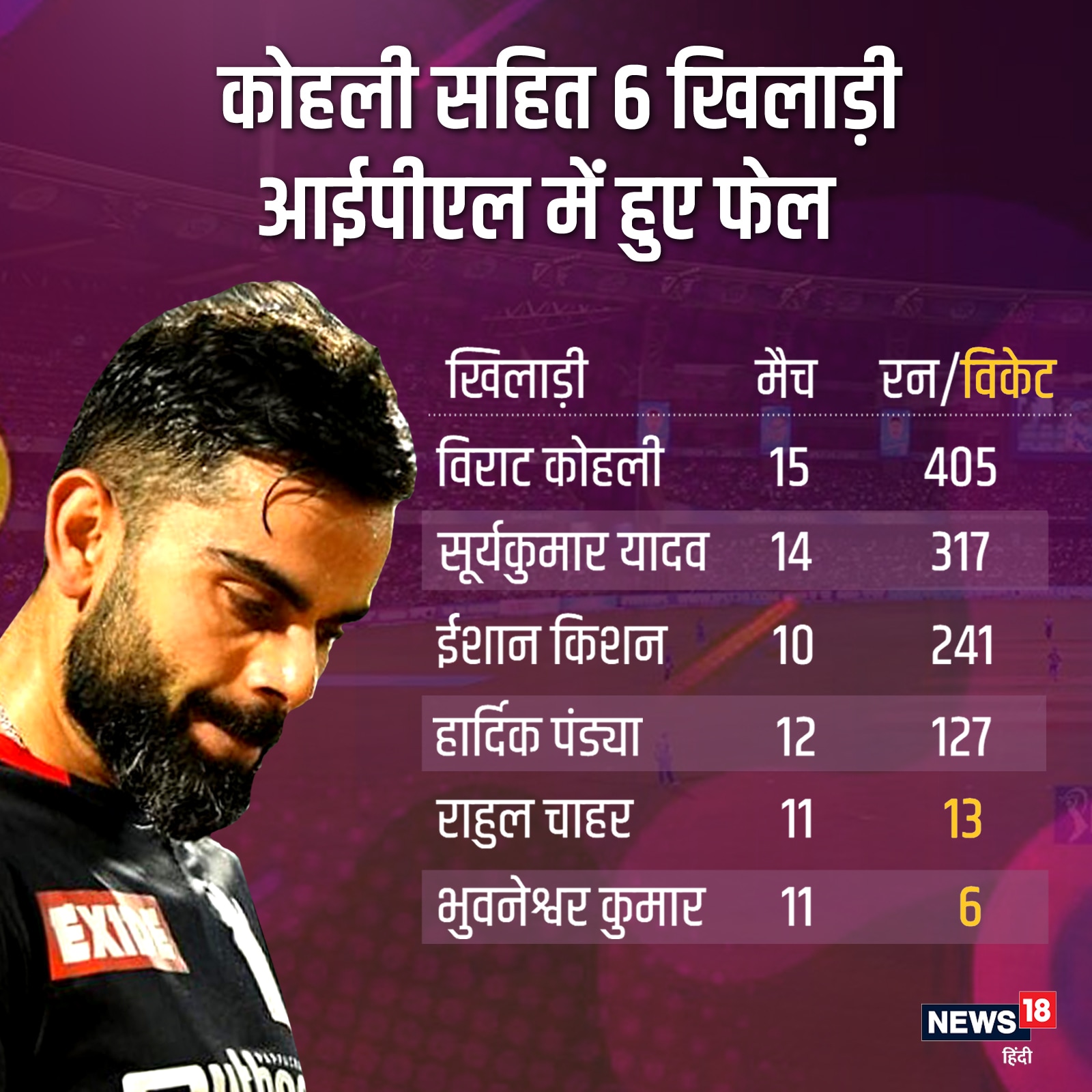 These 6 players failed in the current season of IPL.

There has been consistency in the performance of Punjab Kings captain KL Rahul. He has scored 626 runs in 13 matches of the current season at an average of 63. Has scored 6 fifties. During this his strike rate has been 139. He is still on top in terms of scoring the most runs. That is, his performance has been excellent. He scored 670 runs in the last season. Talking about another Mumbai batsman Suryakumar Yadav, he failed miserably in the current season. He could score only 317 runs in 14 matches at an average of 23. Scored 2 fifties. In the last season, he scored 480 runs at an average of 40 and also scored 4 half-centuries.

Mumbai leg-spinner Rahul Chahar could only take 13 wickets in 11 matches. He got 15 wickets in the last season. At the same time, playing for Hyderabad, fast bowler Bhuvneshwar Kumar could take only 6 wickets in 11 matches this time. Economy remained around 8. He played only 4 matches in the last season. Talking about 2019, he got 13 wickets in 15 matches. The performance of this fast bowler has raised concerns, as he gives success to the team with the new ball. But in the current IPL season, he could not do anything like this.

Fast bowler Mohammad Shami, playing for Punjab Kings, performed brilliantly. He took 19 wickets in 14 matches of the current season. The average was 21 while the economy stood at 7.50. He got 20 wickets in the last season. On the other hand, Jasprit Bumrah, the main fast bowler playing for Mumbai Indians, proved himself by taking 21 wickets in 14 matches. The average was 20 and the economy was 7.45. He got 27 wickets in the last season. That is, before the T20 World Cup, both these fast bowlers are in good form.