New Delhi. In the 14th season of the Indian Premier League (IPL-2021), many times the fans have raised questions regarding the umpiring. The second phase of the ongoing season in the UAE was also not untouched by it. In the eyes of cricket fans, the third umpire is also making mistakes. Rahul Tripathi’s catch for dismissing KL Rahul in the match against Kolkata Knight Riders (KKR) was in question some time back. Now questions are being raised on the decision of the third umpire to give Devdutt Padikkal not out. This incident is of the 48th match of the season between Bangalore and Punjab, which took place in Sharjah on Sunday.

The team of Punjab Kings and Royal Challengers Bangalore were face to face in Sharjah when third umpire K. Srinivasan came under the target of fans. He was continuously playing the googly of left-arm spinner Ravi Bishnoi but later in an attempt to reverse sweep, the ball hit his bat which was caught by wicketkeeper KL Rahul.

The on-field umpire declared it not out. When the ball was close to the PBKS captain’s glove, the ultra edge showed a spike. Of course the on-field decision should have been reversed but the third umpire was heard saying – no bat is involved. Fans were shocked by this decision of Srinivasan. 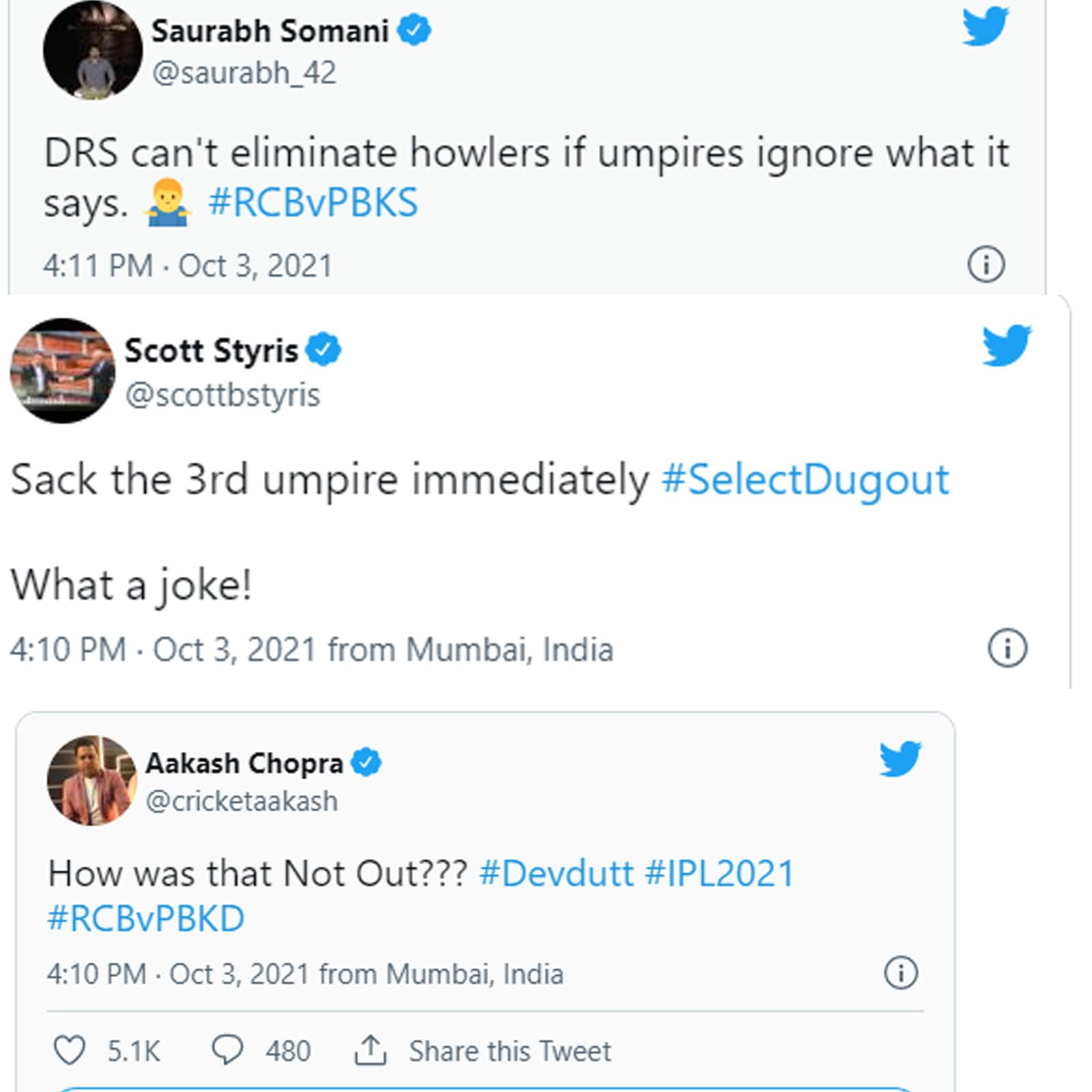 On-field umpire K. Ananthapadmanabhan was instructed to stick to his decision. However, KL Rahul was complaining about not checking the spike on Ultra Edge. Punjab also lost the DRS. Later, the anger of the fans came out on social media.

Some fans even said that the umpire Srinivasan should be removed for giving the wrong decision. Earlier, RCB captain Virat Kohli won the toss and decided to bat first. He did not make any changes in playing XI, while Punjab made 3 changes. They included Moises Henriques, Sarfaraz Khan and Harpreet Brar in place of Deepak Hooda, Fabian Allen and Nathan Ellis. Bangalore scored 164 runs for the loss of 7 wickets in this match, which included a half-century from Glenn Maxwell (57).

The shadow of Virat Kohli on this country too! After India, England, now the effigy made here