New Delhi. Be it sports or battlefield, when the captain surrenders, nothing is left for the rest. Something similar is happening with two-time champion KKR in IPL 2021. KKR ie Kolkata Knight Riders captain Eoin Morgan has become the weak link of the team. Morgan (Eoin Morgan), who has won the ICC World Cup for England, is craving for runs. Second came from the first phase of IPL and teams reached UAE-Oman from India but Morgan’s form did not budge. It is certain that if KKR does not reach the IPL playoffs (IPL 2021 playoffs), then Eoin Morgan will be the biggest responsible for it.

Now let’s talk directly about the fact of Eoin Morgan. This player has played all 12 matches for KKR in 2021, but not a single fifty has come out of his bat. Average such that even the bowler says that he wants to be better than this. Morgan has scored 109 runs in IPL 2021 at an average of 10.90. His strike rate is 100.92. The highest score is 47. If this one innings is removed, Morgan’s average of 6.20 in 10 innings of 11 matches remains. 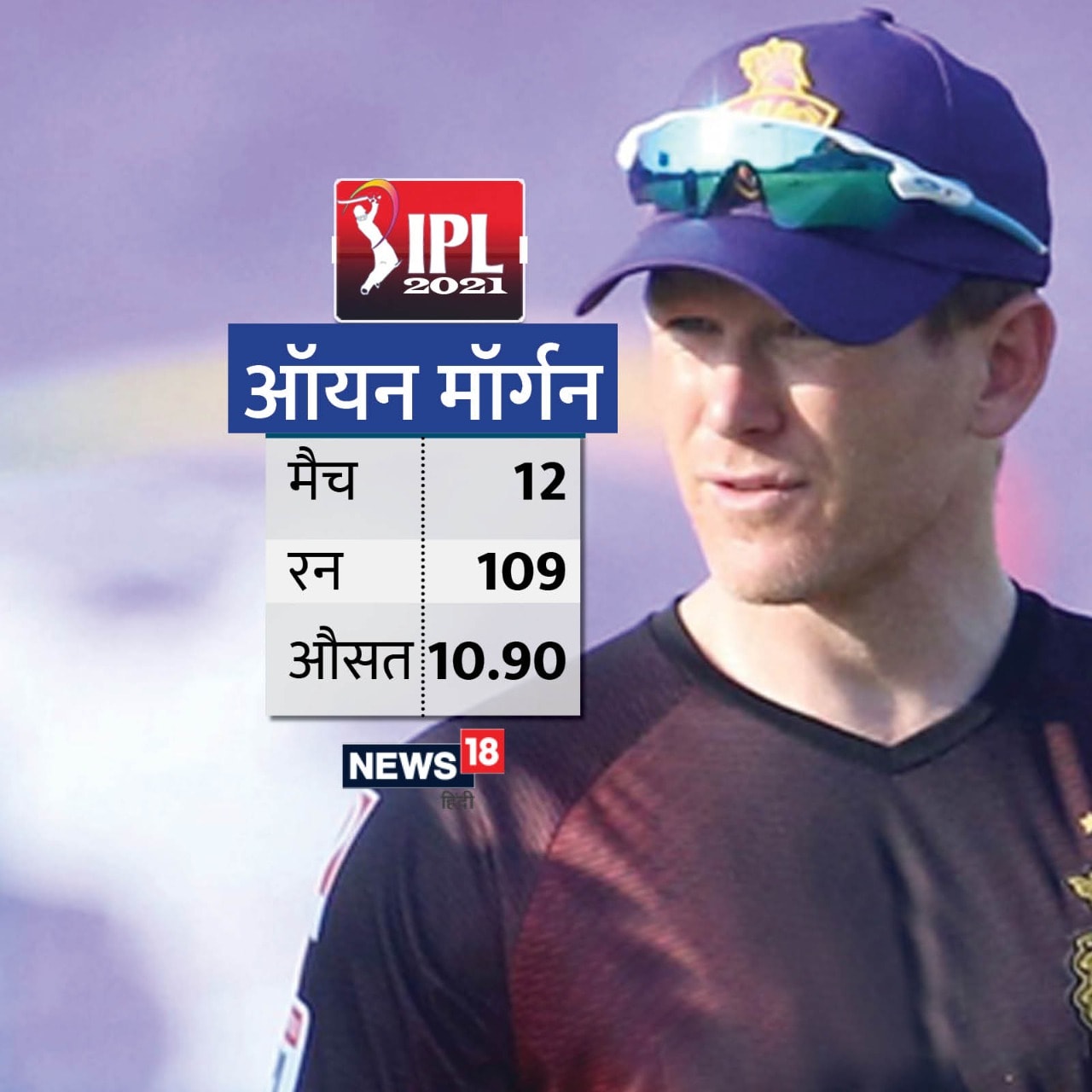 When the captain of the team, whose role as a specialist batsman, scores runs at an average of 10, then it is natural for the team to run into trouble. KKR is also in trouble for the same reason. Now in IPL 2021, the maths of the playoffs (IPL 2021 playoffs) has become very complicated. Many teams including Kolkata are stuck in a ‘do or die’ situation. One defeat can throw the team out of this race. Even in this situation, if Morgan does not score runs, then he can prove to be a villain for the team.

For KKR, its top 4 batsmen have done well so far. Rahul Tripathi and Nitish Rana have scored more than 300 runs. Shubman Gill has scored more than 200 runs and Venkatesh Iyer has scored 193 runs in 5 matches. But Morgan and Dinesh Karthik, who came at number 5 and 6, are not living up to the expectation. However, the position of wicketkeeper batsman Dinesh Karthik is much better than Morgan. Karthik has scored 172 runs in 12 matches at an average of 24.57.

Talking about the other captains of IPL 2021, Mahendra Singh Dhoni does not have many runs in his account. While Punjab captain KL Rahul has scored 489 runs in 11 matches and Rajasthan captain Sanju Samson has scored 452 runs. Rohit Sharma (341 runs) is third, Virat Kohli (332) is fourth and Rishabh Pant (311) is at number five in the list of most run-scorers. Hyderabad captain Kane Williamson has made 209 in 8 matches. Chennai captain MS Dhoni has not scored much runs with the bat, but it is a matter of relief for him that his team has reached the playoffs.