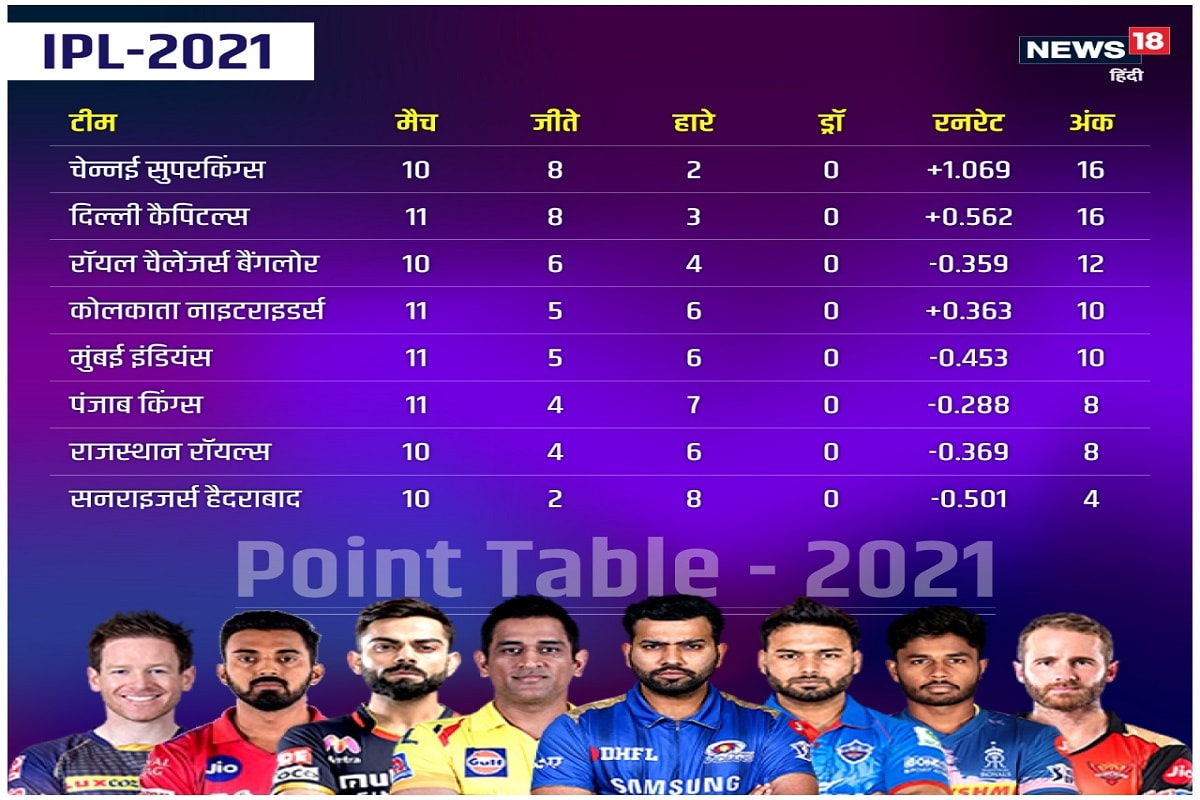 Also read: Team India may once again get a foreign coach! Anil Kumble out of race

Mumbai’s loss due to Delhi’s defeat
Let us tell you that in the 41st match of IPL 2021 on Tuesday, Kolkata Knight Riders defeated Delhi Capitals. Whose loss was to Mumbai Indians. In fact, if Delhi’s team had won the match, Kolkata would have won only 4 out of 11 matches and Mumbai would have reached the top 4 by winning their match, but Morgan’s team did not let this happen by performing well. Kolkata achieved the target of 128 runs in 18.2 overs. Let us tell you that on Wednesday, the eyes of Mumbai Indians will also be on the match between Bangalore and Rajasthan. Because if Rajasthan team defeats Bangalore, then it will also have 5 wins in 11 matches and it will reach fifth place in the points table, which is currently occupied by Mumbai.