New Delhi. Delhi Capitals kept their playoff hopes alive by defeating Rajasthan Royals by eight wickets in 11 balls in an Indian Premier League (IPL) match with half-centuries from Mitchell Marsh (89 runs) and opener David Warner (52 not out). For Delhi Capitals, Marsh hit seven sixes and five fours in his 62-ball innings while Warner hit five fours and a six in 41 balls. The Australian pair added 144 runs in 101 balls for the second wicket to give the team the sixth win.

With this win, Delhi Capitals added two important points to their account, taking the team to fifth place in the table with 12 points from 12 matches. Rajasthan Royals remain in third place with 14 points. Rajasthan Royals, who lost the wicket of their star batsman Jos Buttler in the beginning, scored 160 for six with the help of half-century from Indian all-rounder Ravichandran Ashwin (50 runs) and 48 runs from Devdutt Padikkal. With Marsh’s first half-century in the IPL, Delhi Capitals scored 161 for two in 18.1 overs. However, the first blow to Delhi Capitals came in the form of Shrikar Bharat in the very first over when the team’s account was not even opened. He touched the bat on Trent Boult (one wicket for 32 runs in four overs) and caught the wicketkeeper. However, Warner and Marsh adopted the strategy of playing cautiously. In the seventh over, Marsh started with two sixes on Kuldeep Sen. 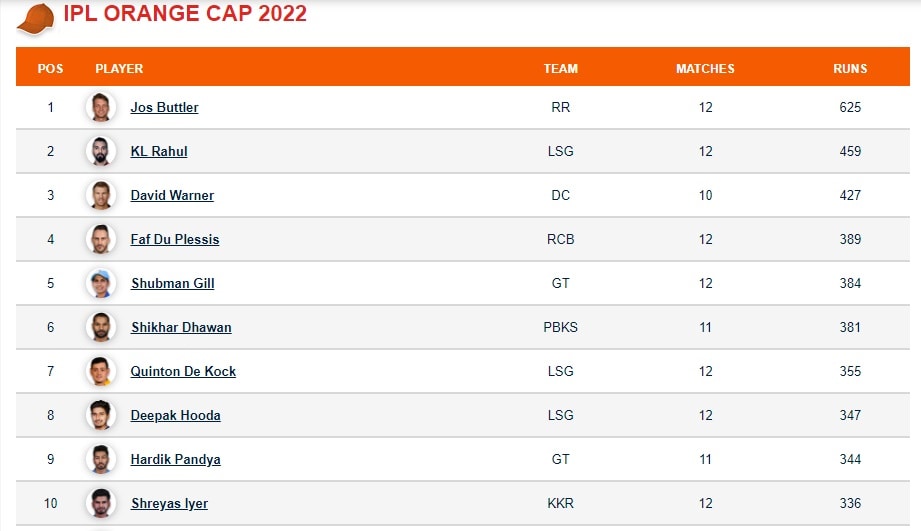 Yuzvendra Chahal (1 for 43 in four overs) came out to bowl in the ninth over in which Warner hit a six off deep midwicket on the second ball. The next ball was also lifted at long off and Butler dived and went on to take the catch, but the ball got scattered and the opportunity went out of his hands. The last ball hit the stumps and the light was also lit, but the bails remained unmoved, leaving Warner unbeaten.

After 10 overs, Delhi Capitals scored 74 for one wicket, after which Marsh completed his half-century by hitting a six on Chahal. Marsh kept on scoring runs quickly but became a victim of Chahal’s delivery in the 18th over. Although by then the team was close to victory. Captain Rishabh Pant (13 not out) then completed the formalities of victory with Warner.

After getting the invitation to bat, Rajasthan Royals started slow and then they lost the wicket of Butler (07) in the third over, who could not time the delivery of Chetan Sakariya and reached the pavilion by catching Shardul Thakur. The team took an interesting decision and brought their off-spinner Ashwin to bat at number three. Ashwin also came true to the team’s new strategy. He scored his first fifty in IPL which was also his best score in this league. This was his first fifty in T20, from which he has scored half-centuries in every format of the game. Ashwin hit two fours on the leg side and covers in Thakur’s first and team’s fifth over.

Big blow to Chennai Super Kings, Ravindra Jadeja due to injury IPL out 2022

Then he hit a four on Axar Patel in the very next over and then hit two shots at long on with a six. In this way, the team’s score in the powerplay was 43 runs for one wicket. Yashasvi Jaiswal (19 balls, one four, one six) had given the team hope but he could not repeat the performance of the previous match and became the victim of Mitchell Marsh in the ninth over. Delhi got the second wicket for 54 runs. Now Padikkal was at the crease, who hit two fours in the same over as soon as he came.

Ashwin and Padikkal got the team well from the initial blows. In the 12th over, Ashwin hit a brilliant six over the head of Kuldeep Yadav (20 runs in three overs, no wickets) and reached his half-century. In the next over, Padikkal D hit two scintillating sixes at backward point and long on, which the team desperately needed. In the 14th over, Ashwin hit Sakariya for a four over the wicketkeeper with an uppercut and reached his highest IPL score in T20Is by 48 runs. Then he scored two more runs and scored his first half-century in T20 in the same over.

However, on the first ball of the next over, Ashwin became the third player to be dismissed. Could not time Marsh’s ball and got caught by David Warner. Captain Sanju Samson came out to bat at number five. Padikkal increased the score with two consecutive fours, due to which the team’s score was 116 for three after the 15th over. After Samson (06), Riyan Parag also returned to the pavilion soon. The team lost three wickets in the last five overs and could add only 44 runs.