New Delhi: Everyone remembers the controversy in the married life of Mohammed Shami and his wife Hasin Jahan. Shami’s wife Haseen Jahan is very active on social media. Hasin Jahan remains in the headlines by constantly sharing her photos and videos on Instagram. This time he has done something similar.

Mohammed Shami’s wife Hasin Jahan has shared a picture on Instagram. In this picture she is wearing a top and shorts. After posting this picture of him, people have started making lewd comments on his photo. Some users are calling him crazy and some are talking about his clothes. This picture is becoming increasingly viral on social media. 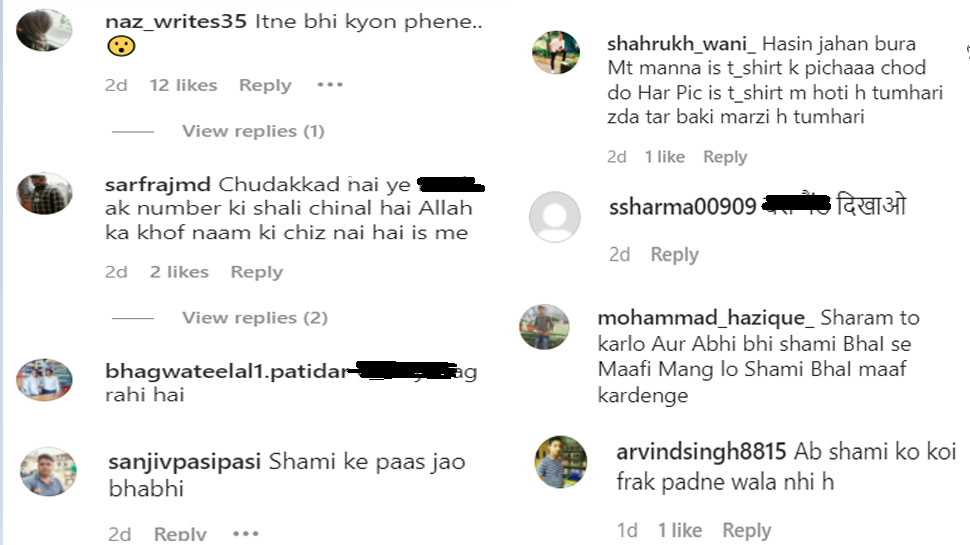 Shami and Haseen Jahan did not get divorced

Know the full controversy of Shami and Haseen Jahan

In 2018, Mohammed Shami was booked under charges of assault, rape, attempt to murder and domestic violence by his wife Hasin Jahan. Hasin Jahan had filed a case against Shami and his brother. A case was registered against Shami under section 498A (dowry harassment) and section 354 (sexual harassment) of the IPC, while his brother Hasid Ahmed was booked under section 354 (sexual harassment). Let us tell you that Mohammed Shami married Kolkata’s model Haseen Jahan on 6 June 2014. Haseen was a model. Then she became a cheer leader of Kolkata Knight Riders. During this both of them met and both of them gave heart to each other. Then Shami went against the wishes of the family and got married. Shami also became the father of the daughter on 17 July 2015.

Haseen has been married twice

After this a lot of news started coming about Haseen Jahan too. It was being said that in the year 2002, Haseen had fallen in love with a shopkeeper, whose name was Sheikh Saifuddin. At that time Haseen used to study in 10th class. Hasin Jahan went against the family and married Saifuddin in the same year, but this marriage could not last long. Haseen and Saifuddin got divorced in the year 2010. Haseen and Saifuddin also have 2 children, who live with their father.