New Delhi. Former Indian cricketer Wasim Jaffer trolled Kevin Pietersen after England’s T20 World Cup semi-final loss to New Zealand. New Zealand defeated England by 5 wickets in the semi-finals on Wednesday due to a strong performance and made it to the title match. New Zealand reached the final of the T20 World Cup for the first time.

After losing the toss and batting first, England scored 166 for 4 at the Sheikh Zayed Stadium in Abu Dhabi. New Zealand achieved this target by losing five wickets in 19 overs. New Zealand opener Daryl Mitchell played an unbeaten innings of 72 runs off 47 balls. He hit the winning four and was adjudged the player of the match. Apart from him, Devon Conway scored 46 off 38 balls and James Neesham scored 27 runs off 11 balls.

Pietersen tweeted on November 2, ‘Only Pakistan or Afghanistan can beat England in this T20 World Cup. But and only but, if this game was played on the pitch used in Sharjah. Elsewhere, England will win the trophy like Chelsea should get the EPL trophy at this time. 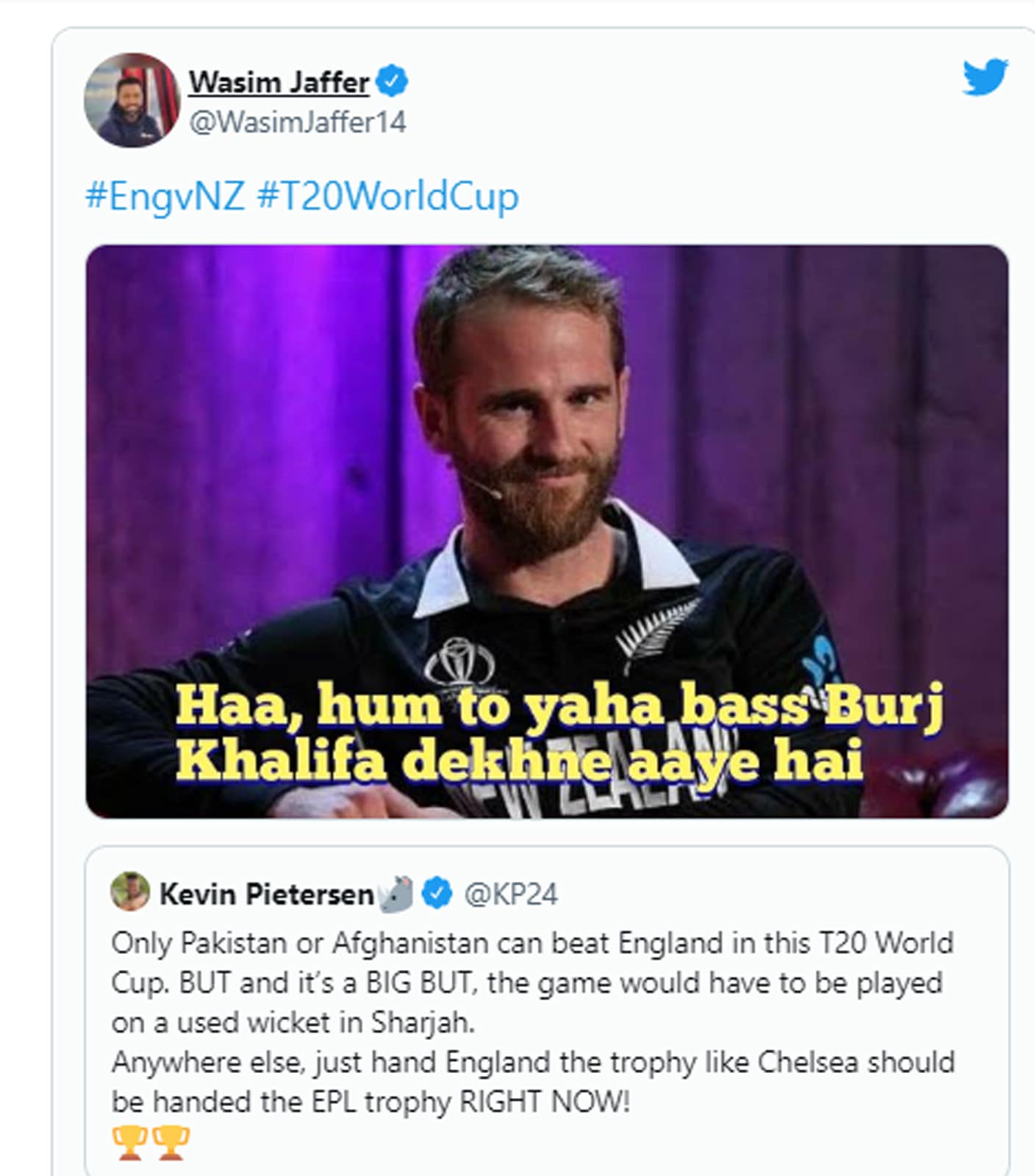 In response to this, Jaffer posted a picture of Kane Williamson and tweeted, ‘Yes, we have come here just to see Burj Khalifa.’

Meanwhile, Williamson praised Mitchell after the semi-final. He said, ‘Definitely something that today (Mitchell’s innings) did. In this match of great pressure, he has batted very well. T20 cricket – This is a game of small differences. Sometimes in matches like this, small things make the difference.