Mitchell McClenaghan wrote in response to the fan’s tweet, “Have New Zealand really lost? You mean that T20 World Cup Final It is from the meaningless series taking place after the defeat of New Zealand in 3 matches within 5 days, with the team that was playing in their home condition after 10 days of rest. The final of the World Cup was played on 14 November and the first match of the T20 series was played between India and New Zealand on 17 November, in which the visiting team was defeated by India by 5 wickets and in the second T20 on 19 November by 7 wickets. . 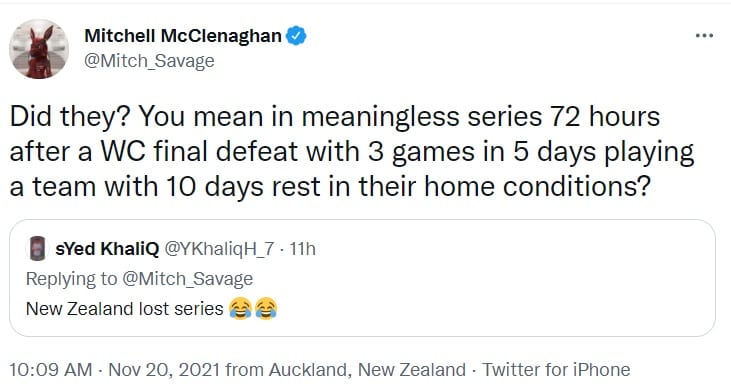 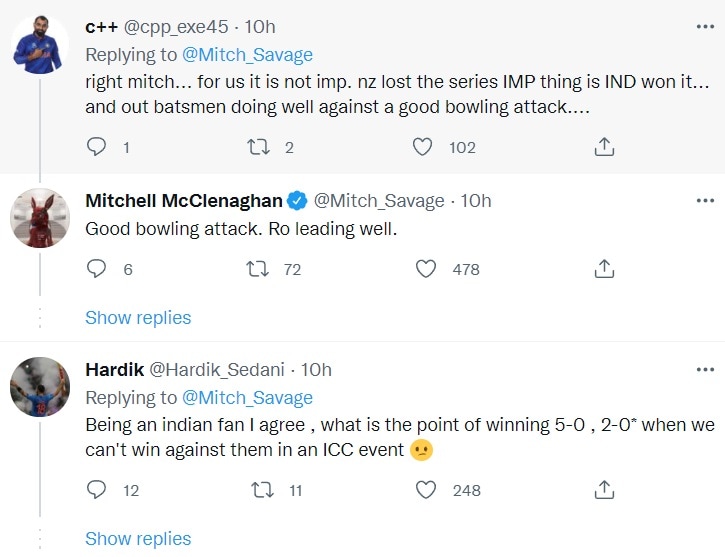 IPL-2022: Next season of IPL will be played in India, Jay Shah confirms

New Zealand for this series Captain Kane Williamson And Kyle Jameson was given rest. So that both these players are completely fresh for the 2 test series. Jimmy Neesham, Ish Sodhi and Adam Milne were also not part of the team in the first match. The last match of the T20 series between the two countries will be held in Kolkata on Sunday.