New Delhi. The Pakistan team has been out of the T20 World Cup 2021. Pakistan, who reached the semi-finals while remaining invincible in Group 2, were knocked out by Australia (Pakistan vs Australia) by 5 wickets. Hasan Ali became the villain of this defeat of Pakistan, who dropped Hasan Ali’s catch in the 19th over and after that Wade gave Australia victory by hitting three consecutive sixes off Shaheen Shah Afridi.
Hasan Ali is being criticized everywhere after this fielding and now a video of him is becoming increasingly viral on social media, in which he is seen dancing on the streets.

Man of the match bi #Hasan_Ali
that a performance pic.twitter.com/SyQyShmUQO

After this video went viral, Hasan Ali is being trolled fiercely. A user trolled him and said that he dances well. Invite her to the reality show Dance India Dance. At the same time, a user said that this is a part time job of Hasan Ali. 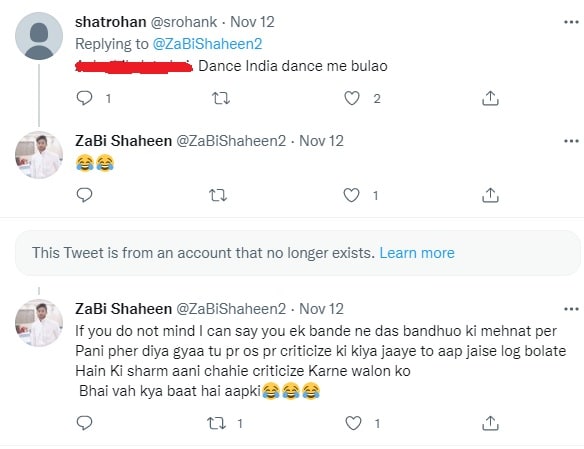 This dance video of Hasan Ali was shared by his teammate Asif Ali last year on his Instagram account. Talking about the semi-finals, Pakistan had scored 176 for 4 in 20 overs, after which Australia had achieved the target 1 over before losing 5 wickets.

India and Pakistan cricket team will now face each other for the medal, date of the match is fixed

Mohammad Rizwan scored the highest 67 runs for Pakistan. He hit 3 fours and 4 sixes in his innings of 52 balls. After this, Fakhar Zaman played an innings of 55 runs in 32 balls with 3 fours and 3 sixes. In this thrilling match, the Pakistani bowlers had once turned the match towards their team, but Matthew Wade and Marcus Stoinis batted stormy in the last over and gave Australia victory.

..when the umpire gave wide in a unique way by raising the feet in the air instead of the hands, VIDEO is becoming very...