New Delhi. Former West Indies legend Brian Lara, one of the world’s greatest batsmen, has predicted the winner of the second semi-final match of the T20 World Cup-2021. Pakistan and Australia are to meet in the second semi-final of this global tournament, which will be played at the Dubai International Cricket Stadium. New Zealand beat England by 5 wickets in the first semi-final and made it to the title match for the first time.

Lara tweeted, ‘Australia vs Pakistan match, my guess for this match is with Pakistan. Australia is a dangerous team. He has a strong lineup that can beat any team. Pakistan has excellent bowlers and batsmen who can take the team to the final. He also used the T20 World Cup in the hashtag as well.

Earlier, Lara had also predicted about the winner of the New Zealand and England match. He had already told New Zealand a contender for victory. That prediction of Lara proved to be correct and New Zealand defeated England and made it to the final. 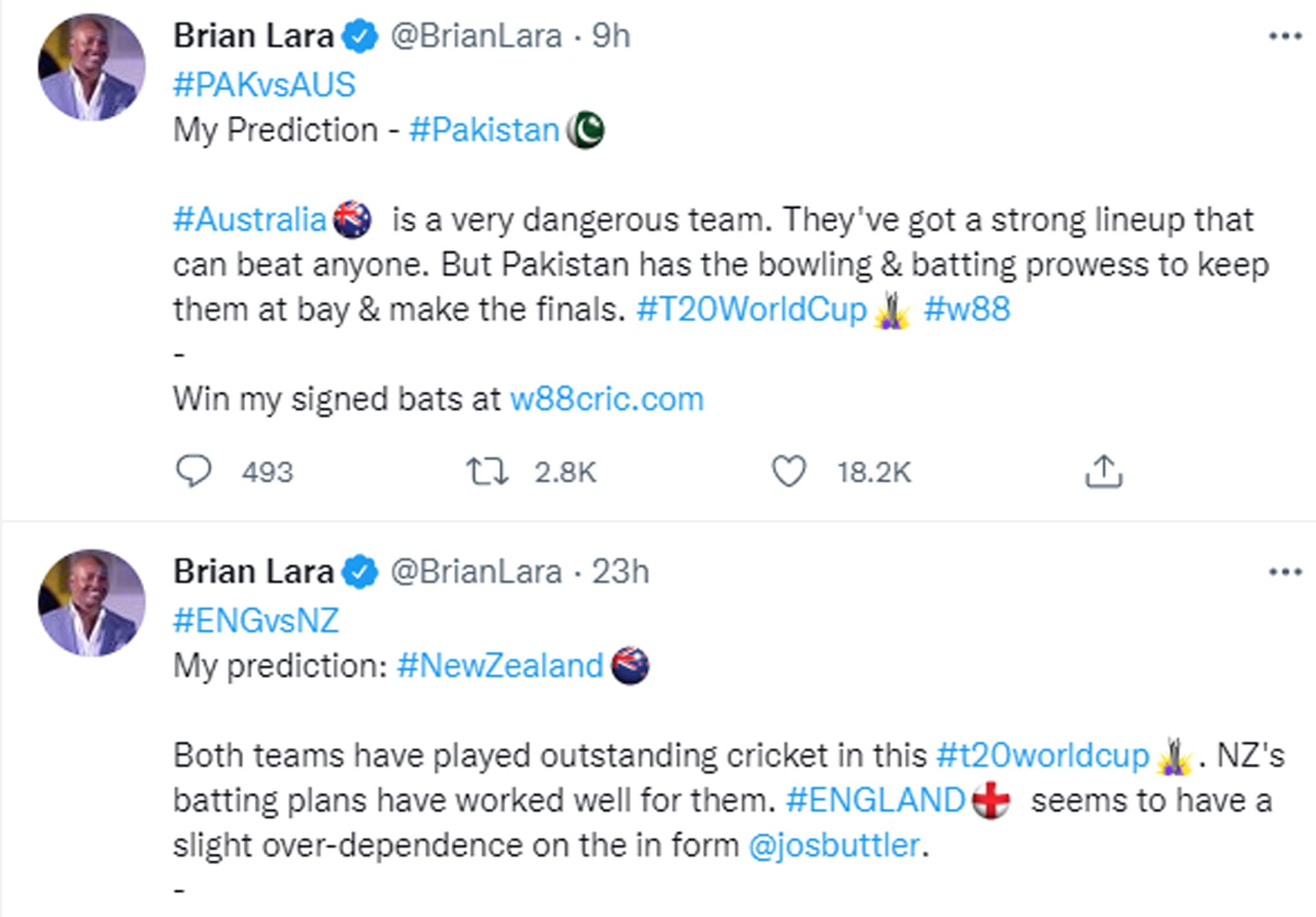 In the first semi-final match played on 10 November, England scored 166 for 4 after losing the toss and batting first. At the Sheikh Zayed Stadium in Abu Dhabi, New Zealand achieved this target by losing five wickets in 19 overs. New Zealand opener Daryl Mitchell played an unbeaten innings of 72 runs off 47 balls. He hit the winning four and was adjudged the player of the match. Apart from him, Devon Conway scored 46 off 38 balls and James Neesham scored 27 runs off 11 balls.