New Delhi. Pakistan is out of T20 World Cup 2021. Australia stopped their winning campaign in the semi-finals. Babar Azam’s team, which reached the knockout by being invincible in league matches, was considered a strong contender for the title, but the Australian team defeated Pakistan’s hopes by defeating them by 5 wickets in a thrilling match. The responsibility of Pakistan’s defeat is being attributed to Hassan Ali, who dropped the catch of Matthew Wade in the 19th over and then Wade made the team win by hitting three consecutive sixes off Shaheen Shah Afridi’s balls.
Hassan Ali became a villain on sight. After this, users started trolling Hasan Ali fiercely on social media. Meanwhile, news had come that Hasan Ali’s Indian-origin wife Samia Arzoo and her daughter were receiving threats in Pakistan.

Samia and her daughter got the news of getting threats
Several tweets in the name of Samia Arzoo went viral on social media, in which it was said that some people are threatening to harm her daughter. He was even told a spy. After this viral tweet, Hasan Ali’s wife came forward and told the whole truth on Instagram. Samia shared a post on her Instagram story, which is now going viral. 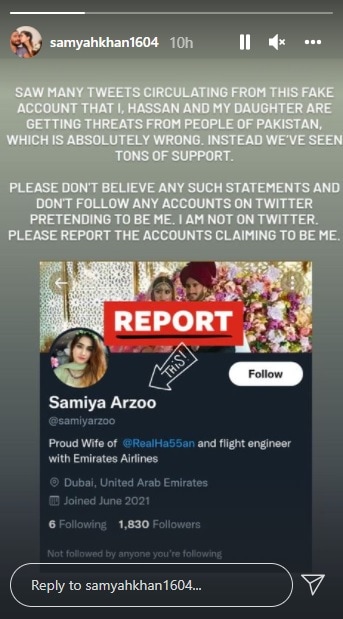 Although this Instagram account is not verified, Hasan Ali has tagged this account in many of his posts with his wife. Samia said that she and her daughter were not receiving any threats. Instead they got support. 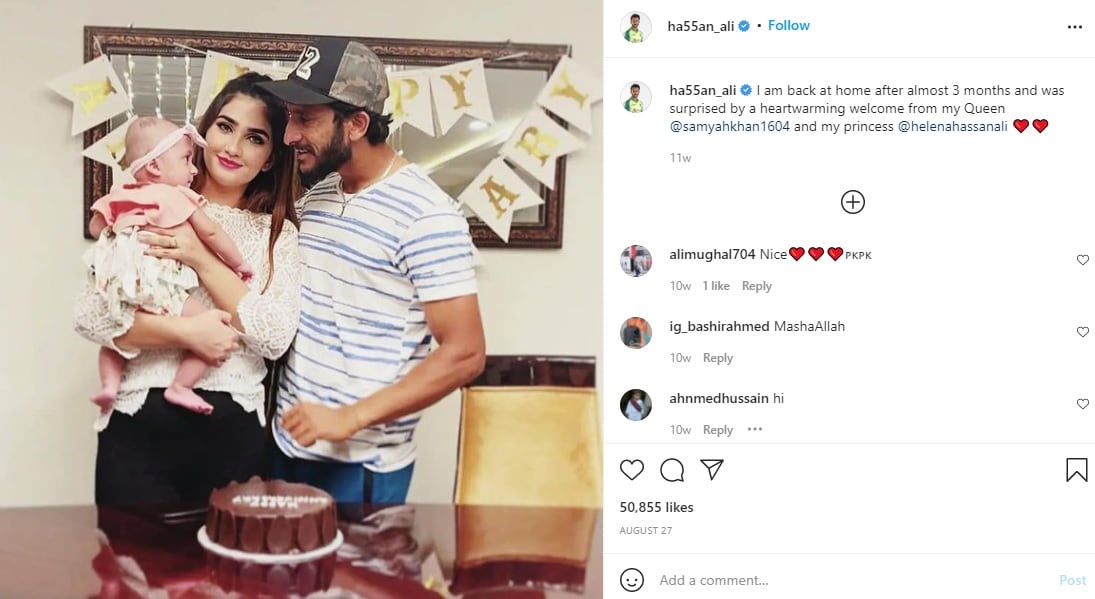 Hasan Ali has tagged this account with his wife in many of his posts.