New Delhi. The matches of the T20 World Cup (T20 World Cup 2021) are to be held in UAE and Oman. All the Super-12 matches are to be held in UAE. Team India will face Pakistan (India vs Pakistan) in the first match on 24 October. But talking about UAE, Team India has not played a single T20 International match here so far. Its effect can be seen in the World Cup. The matches of the second phase of IPL 2021 are being played here. Even before this, T20 league matches have been held in UAE. On the other hand, if we talk about the other 3 teams of Team India’s group, Pakistan, New Zealand and Afghanistan have played T20 International matches here.

Talking about the teams included in Team India’s group, Pakistan has played the most matches in the UAE against 36 T20 Internationals. The team won in 21, while losing in 13. At the same time, Afghanistan has played 33 T20 matches. 26 have won, while 7 have lost. At the same time, the New Zealand team has won one T20 out of 7 matches in the UAE, losing in 6. International cricket was not being played in Pakistan after the attack on the Sri Lankan team in 2009. Then the Pakistan team was playing the home match in the UAE itself.

6 out of 15 players have played in ODIs

Six out of 15 players in the T20 World Cup squad have played ODIs in the UAE. It includes Rohit Sharma, KL Rahul, Ravindra Jadeja, Bhuvneshwar Kumar, Jasprit Bumrah and Hardik Pandya. That is, even captain Virat Kohli has not played an international match in the UAE so far. Rohit has scored a century and 2 half-centuries here. Apart from this, KL Rahul has scored a half-century in a match. 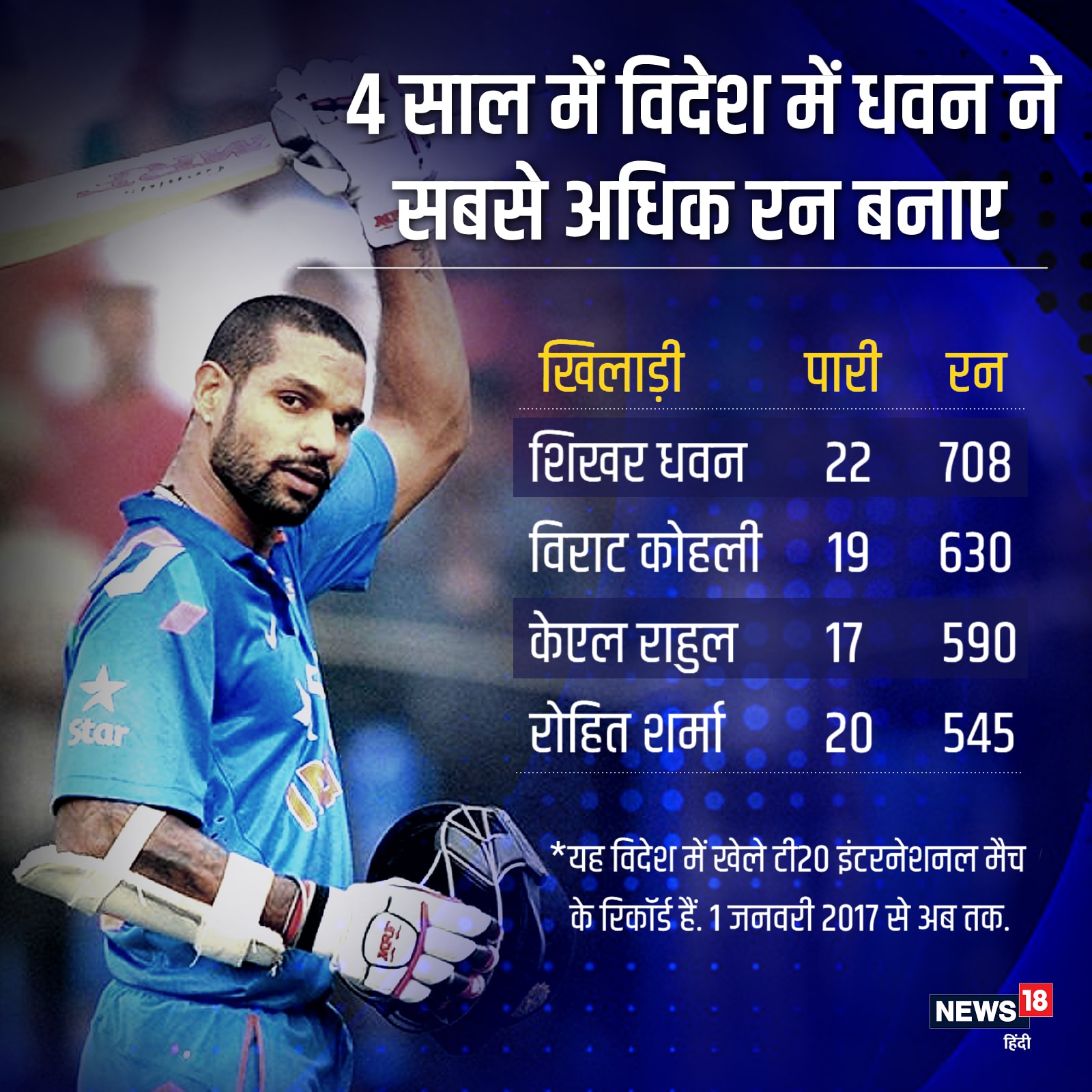 Pakistan won the most matches outside the home

Also read: T20 World Cup: Team India to be announced soon! These players can get a chance with the new jersey

Highest run scorer out of the team