new Delhi: During the match between Rajasthan Royals and Sunrisers Hyderabad in IPL 2022 on Tuesday, a beautiful woman entered the stadium, whose photos became a sensation on the internet as soon as they went viral. This lady in pink top and white pants became the center of discussion during the match.

The sudden entry of this beautiful woman in the IPL match 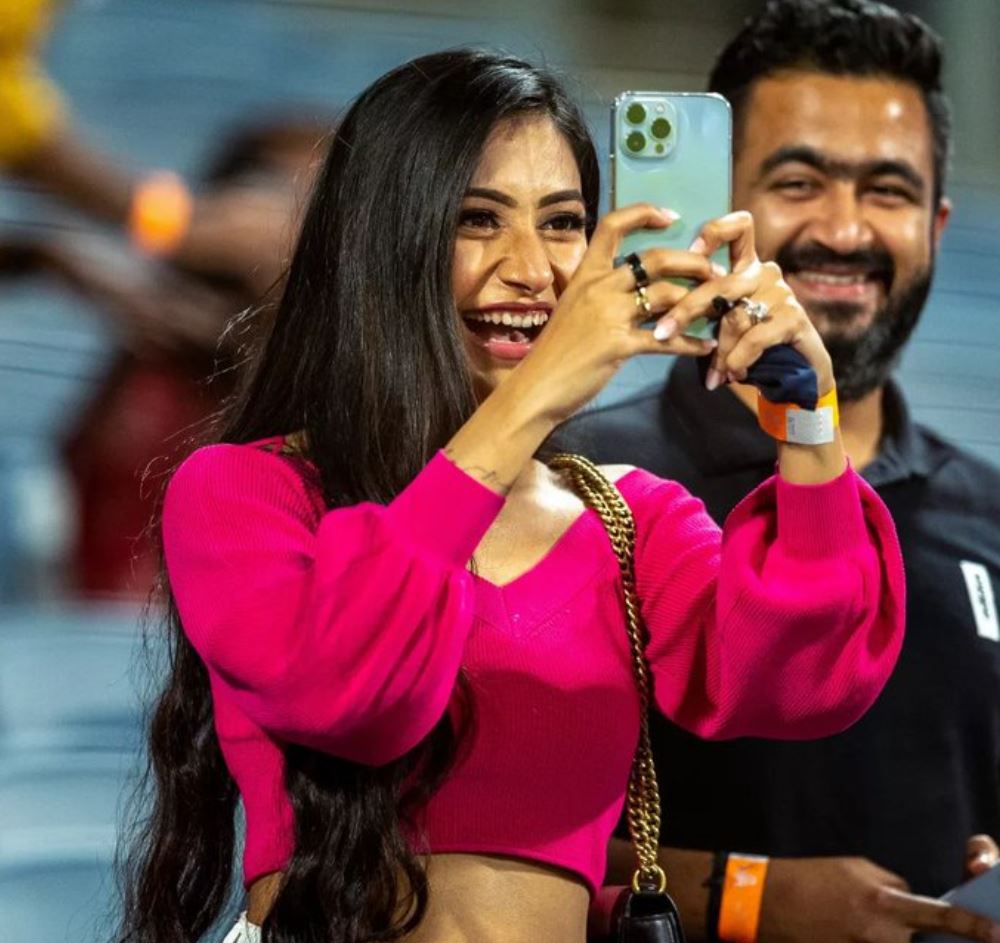 Beautiful style robbed the heart of the fans

Yuzvendra Chahal’s wife Dhanashree Verma looked very cool in a pink top and white pants. Rajasthan Royals shared Dhanshree’s photo on their official Twitter handle, in which she was seen taking a selfie. Yuzvendra Chahal took three wickets in the match against Sunrisers Hyderabad, spending 22 runs in his quota of 4 overs. Chahal showed the way to the pavilion to openers Abhishek Sharma, Abdul Samad and Romario Shepherd. When Chahal was taking the wicket, Dhanshree was encouraging her husband by clapping while standing in his place.

Dhanshree Verma is quite famous on social media. She keeps sharing her videos and photos on social media from time to time, which fans like very much. Team India’s experienced bowler Chahal is playing for Rajasthan for the first time in IPL. Last season Chahal played for Royal Challengers Bangalore. RCB did not retain Chahal in the IPL 2022 Mega Auction.

Dhanshree is a hip-hop dancer

Dhanshree Verma has a YouTube channel (Dhanshree Verma YouTube Channel) related to dance, this channel has 2.59 million subscribers. Dhanshree recreates Bollywood songs. Apart from this, she also gives hip-hop training. She also uploads videos of her dance academy on this YouTube channel. Dhanashree has studied from DY Patil Dental College Navi Mumbai in the year 2014.

Chahal-Dhanshree got married in December 2020